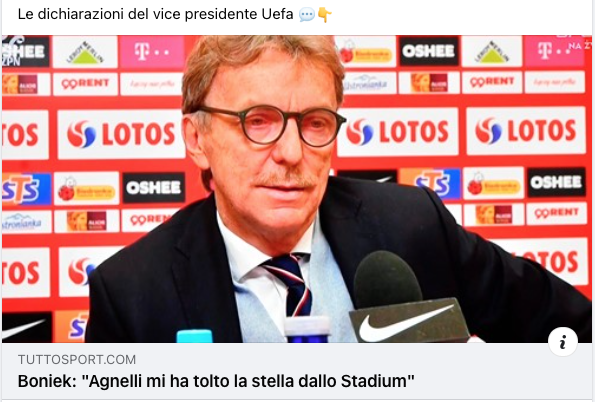 https://apnews.com/a...aac5af049c4c536
Ceferin warns 4 clubs to reject Super League to avoid CL ban
4 minutes ago
The Spanish and Italian clubs still clinging to the Super League must disavow the breakaway or face being banned from the Champions League, UEFA President Aleksander Ceferin told The Associated Press on Friday.
Although the Super League imploded this week after being rapidly abandoned by most participants, Real Madrid, Barcelona, Juventus and AC Milan have not left the project and officials could “suffer some consequences,” Ceferin said.
“It’s crystal clear that the clubs will have to decide if they are Super League or they are a European club,” Ceferin said in a telephone interview with the AP. “If they say we are a Super League, then they don’t play Champions League, of course ... and if they are ready to do that, they can play in their own competition.”
It took UEFA only 48 hours to see off the threat of a group of 12 clubs forming a Super League with largely closed access, splitting from the Champions League where qualification is determined annually from domestic competitions.
But Real Madrid president Florentino Pérez, who was to chair the Super League, continues to defy Ceferin by pledging to keep working on reviving the Super League. While Madrid’s place in the Champions League semifinals next week is not at risk, participation in the future will be unless the ultimatum is dropped.
The Super League launch became unviable when it was deserted on Tuesday night by the six English clubs — Arsenal, Chelsea, Liverpool, Manchester City, Manchester United and Tottenham — followed by Atletico Madrid and Inter Milan the next day.
UEFA is assessing sanctions for officials from the clubs involved in the rebellion that threatened to rip European football apart after being launched on Sunday night just as Ceferin was preparing to officially unveil a new format for the Champions League the following day.
“We still are waiting for legal expertise and then we will say, but everybody faces consequences for their decisions and they know that,” Ceferin said. “For me, it’s a very different situation between the clubs that admitted their mistake and said, ‘We will leave the project.’ The others mainly know I would say that this project is dead, but they don’t want to believe it, probably.”
Ceferin led a virtual meeting of UEFA’s top decision-making body on Friday when the prospect of punishing the club officials who misled them was discussed.
“We agreed today at the executive committee to connect with the football federations, the national associations and leagues that are concerned,” Ceferin said. “We will do that next week and we’ll see. It would be good that we can see what specific leagues can do, and what the federations can do, and what UEFA can do.”
Ceferin was speaking exactly a week after he hoped to have seen off the prospect of a Super League that has been dangled by elite clubs since the AP reported in January on the JP Morgan Chase-funded breakaway plan that was eventually triggered on Sunday.
“It was all the time somewhere in the air, not exactly that it will happen, but that something is going on,” Ceferin said. “But I still thought that people cannot lie so much, because if they would want to do it, they would not do the ECA meeting on Friday ... but the way they did it was the worst possible.”
The European Club Association headed — until his resignation two days later — by Juventus chairman Andrea Agnelli last Friday approved a new format for the Champions League for 2024 as did a key UEFA committee. But it turned out the concessions made to placate the wealthiest clubs were not enough to prevent them reneging on promises to Ceferin.
“The worst day was Saturday, because then I realized that it was a pure betrayal, that some people lied to us for years,” Ceferin said. “It was quite strange because I didn’t know what exactly will happen the next day. It was like something will be announced; nobody knows what.
“Then I got a phone call from three or four clubs saying, ‘We are terribly sorry, but we have to say otherwise we are out.’ ... But then on Sunday when I woke up, I was sure, I was very confident to face this and solve this.”
---
Quindi se Real vince Liga e CL, ma non rinnega la SL, non potrà partecipare alla prossima edizione di Champions?
Alla faccia del merito sportivo.