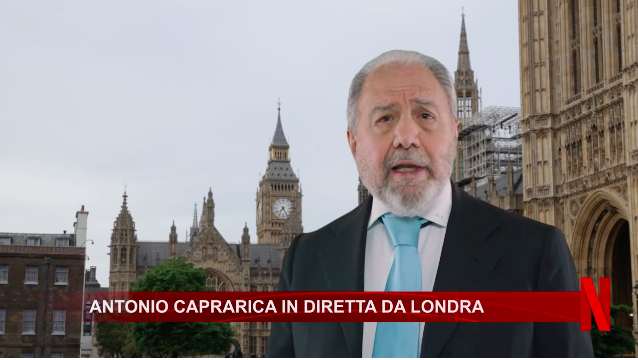 HE'S NOT THE MESSIAH, HE'S A VERY NAUGHTY BOY! 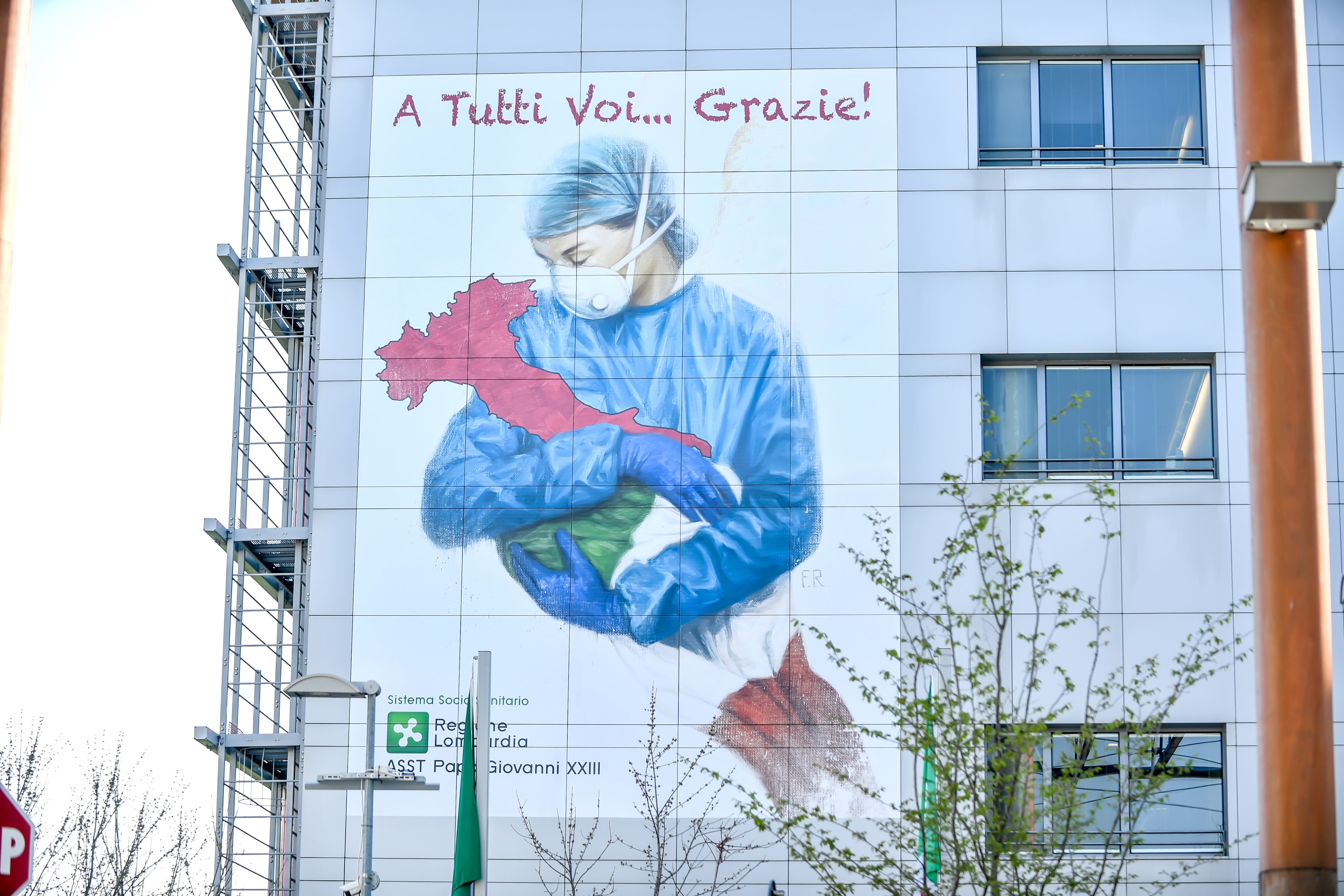 It appears that Russia considers the UK one of its top Western intelligence targets:while we may not experience the level and type of threat that countries on Russia’s borders

suffer, witnesses have suggested that we would sit just behind the US and NATO in any priority list. This is likely to be related to the UK’s close relationship with the US, and the
fact that the UK is seen as central to the Western anti-Russian lobby.1

Russia has sought to employ organised crime groups to supplement its cyber skills:SIS has observed that “this comes to the very muddy nexus between business and corruption

and state power in Russia”. GCHQ told the Committee that there is “a quite considerable balance of intelligence now which shows the links between serious and organised crime
groups and Russian state activity” and that “we’ve seen more evidence of *** serious and organised crime *** being connected at high levels of Russian state and Russian
intelligence”, in what it described as a “symbiotic relationship”.

direct support of a pro-Russian narrative in relation to particular events (whilst some of the outright falsehoods which are put forward may not be widely believed, they may still succeed in casting doubt on the true account of events: “When people start to say ‘You don’t know what to believe’ or ‘They’re all as bad as each other’, the disinformers are winning”);

general poisoning of the political narrative in the West by fomenting political extremism and ‘wedge issues’,28 and by the ‘astroturfing’29 of Western public opinion; and general discrediting of the West.

In terms of the direct threat to elections, we have been informed that the mechanics of the UK’s voting system are deemed largely sound: the use of a highly dispersed paper- based voting and counting system makes any significant interference difficult, and we understand that GCHQ has undertaken a great deal of work to help ensure that the online voter registration system is safe.31

There has been credible open source commentary suggesting that Russia undertook influence campaigns in relation to the Scottish independence referendum in 2014.

Open source studies have pointed to the preponderance of pro-Brexit or anti-EU stories on RT and Sputnik, and the use of ‘bots’ and ‘trolls’, as evidence of Russian attempts to influence the process.42 We have sought to establish whether there is secret intelligence which supported or built on these studies. In response to our request for written evidence at the outset of the Inquiry, MI5 initially provided just six lines of text.

The brevity was also, to us, again, indicative of the extreme caution amongst the intelligence and security Agencies at the thought that they might have any role in relation to the UK’s democratic processes, and particularly one as contentious as the EU referendum. We repeat that this attitude is illogical; this is about the protection of the process and mechanism from hostile state interference, which should fall to our intelligence and security Agencies.

It was only when Russia completed a ‘hack and leak’ operation against the Democratic National Committee in the US – with the stolen emails being made public a month after the EU referendum – that it appears that the Government belatedly realised the level of threat which Russia could pose in this area, given that the risk thresholds in the Kremlin had clearly shifted, describing the US ‘hack and leak’ as a “game changer”,46 and admitting that “prior to what we saw in the States, [Russian interference] wasn’t generally understood as a big threat to [electoral] processes”.

Whilst the Russian elite have developed ties with a number of countries in recent years, it would appear that the UK has been viewed as a particularly favourable destination for Russian oligarchs and their money. It is widely recognised that the key to London’s appeal was the exploitation of the UK’s investor visa scheme, introduced in 1994, followed by the promotion of a light and limited touch to regulation, with London’s strong capital and housing markets offering sound investment opportunities. The UK’s rule of law and judicial system were also seen as a draw. The UK welcomed Russian money, and few questions – if any – were asked about the provenance of this considerable wealth.

What is now clear is that it was in fact counter-productive, in that it offered ideal mechanisms by which illicit finance could be recycled through what has been referred to as the London ‘laundromat’. The money was also invested in extending patronage and building influence across a wide sphere of the British establishment – PR firms, charities, political interests, academia and cultural institutions were all willing beneficiaries of Russian money, contributing to a ‘reputation laundering’ process. In brief, Russian influence in the UK is ‘the new normal’, and there are a lot of Russians with very close links to Putin who are well integrated into the UK business and social scene, and accepted because of their wealth. This level of integration – in ‘Londongrad’ in particular – means that any measures now being taken by the Government are not preventative but rather constitute damage limitation.

A large private security industry has developed in the UK to service the needs of the Russian elite, in which British companies protect the oligarchs and their families, seek kompromat on competitors, and on occasion help launder money through offshore shell companies and fabricate ‘due diligence’ reports, while lawyers provide litigation support.

Several members of the Russian elite who are closely linked to Putin are identified as being involved with charitable and/or political organisations in the UK, having donated to political parties, with a public profile which positions them to assist Russian influence operations. It is notable that a number of Members of the House of Lords have business interests linked to Russia, or work directly for major Russian companies linked to the Russian state – these relationships should be carefully scrutinised, given the potential for the Russian state to exploit them.

The events of 4 March 2018 showed that it is not only individuals who are openly critical of Putin who are at risk here in the UK. The Salisbury attack has highlighted the vulnerability of former Russian intelligence officers who have settled in the UK.

As already noted, the Russian government is an accomplished adversary with well- resourced and world-class offensive and defensive intelligence capabilities. The well- publicised mistakes Russian operatives made in Salisbury, and later in trying to infiltrate the Organisation for the Prohibition of Chemical Weapons (OPCW), have led to public speculation about the competence of the Russian Intelligence Services (RIS), and the GRU in particular. Whilst these attacks demonstrate that the RIS are not infallible, it would be foolhardy to think that they are any less dangerous because of these mistakes. Indeed, the likelihood is that the RIS will learn from their errors, and become more difficult to detect and protect against as a result.

The Russian decision-making apparatus is concentrated on Putin and a small group of trusted and secretive advisers (many of whom share Putin’s background in the RIS). The limited number of individuals who are ‘in the know’ makes decision-making hard to understand, compared with systems where power and influence are dispersed among a great number of political players. Moreover, the President can make swift decisions that even his inner circle are not aware of – further complicating any ability to understand or predict Russian government intent. 95. This centralised decision-making allows the Russian government to carry out decisions at speed. Putin’s inner circle appear to be willing and able to make and enact major decisions (for example, on the deployment of troops) within days, and they retain tight command and control over the whole government infrastructure – which can be put in the service of Russia’s foreign policy goals at a moment’s notice. It is difficult for the UK’s democratic and consensus-based structures to match this pace. Putin appears to value surprise and the unexpected, and has therefore consciously retained and cultivated this ‘decision-advantage’ as a way of outmanoeuvring adversaries. 96. It is not clear to the Committee whether HMG and our allies have yet found an effective way to respond to the pace of Russian decision-making. This has severely undermined the West’s ability to respond effectively to Russian aggressions in the past – for example, the annexation of Crimea in 2014.107

Covert activity against any state carries the potential for conflict, and action against a nuclear hostile state even more so given the risk of escalation into diplomatic, economic or even military conflict. The Agencies and Defence Intelligence must therefore be particularly discerning ***. 100. In the case of Russia, the potential for escalation is particularly potent: the Russian regime is paranoid about Western intelligence activities and “is not able to treat objectively” international condemnation of its actions.109 It views any such moves as Western efforts to encourage internal protest and regime change. The risk is compounded by limitations on UK engagement with the Russian government at official and political levels, making deciphering Russian leadership intent even more difficult.

By contrast to the West, Russia has traditionally been suspicious of building significant international partnerships. However, we note that in recent years it has been proactive in seeking ‘alliances of convenience’ across the world. This has included deepened defence and security co-operation with China, as a useful partner against the US (going so far as to conduct joint military exercises), increased influence in South America, and substantive engagement in several African countries, including widespread trade campaigns.151 138. Russia has also sought to expand its influence in the Middle East. Despite agreement that Russia’s exploitation of the power vacuum in Syria was “one of the biggest setbacks”152 for UK foreign policy in 2018, we still do not consider that the UK has a clear approach to this issue. Russia views its intervention in support of the Assad regime as a success, and it is clear that its presence in Syria presents the West with difficulty in supporting peace in the region. Russia’s increased links with Iran, and trade initiatives with a range of countries in the Gulf area, complicate the situation further.