SACRAMENTO, Calif. — Greg and Marjorie Lamothe have begun the painstaking preparations for their son Jake, a philosophy major, to return home for the holidays, sources within the family confirmed.
“Originally he went to college for electrical engineering, but he switched to philosophy because he ‘didn’t want to be put into a box.’ We’re doing our best to be supportive,” said Mrs. Lamothe. “I’ve installed an extra hook by the door where Jake can hang his fedora, but I have to admit, we’re a little worried.”

Mrs. Lamothe claimed her prep includes brushing up on philosophical terms, like “epistemology” and “fatalism,” in case they come up in conversation. However, most of her work has been in the backyard, where she has cleared a space for her oldest son to ponder, pontificate, and vape in private.

“I set out a little chair and table with a few titles by Nietzsche to keep him occupied,” she said. “I’ve hid every other book we own in the basement, so he doesn’t see something that inspires an endless lecture while we try to eat some of the roast.”

Mr. Lamothe, an accountant, admitted he was worried about his own well-being when his son changed majors.

“I got a bad feeling when I asked if there was anything in particular he wanted for Christmas. All I got in return was a lot of ranting and raving about how there’s no rational justification for belief,” Mr. Lamothe said. “So I got him an Applebee’s gift card.”

Samantha Lamothe, the youngest in the family, bought a new pair of headphones to help avoid any conversation with her big brother.

LOS ANGELES—Weighing the pros and cons of the palm-muted low-E-string lick, Metallica’s 12-member board of directors reportedly debated Wednesday whether lead guitarist Kirk Hammett’s newest riff might negatively impact the band’s shareholder value. “Frankly, I don’t see any downside—when Kirk drops in after the intro with that feedback-heavy all-out assault on the lower register, it just melts your fucking face off,” said band CEO Don Herbst, rebutting the claim made by some of his colleagues that, given the current business climate, shareholders stood to “lose their asses” on a stripped-back Master Of Puppets–era hook dominated by cleanly picked minor dyads. “I get the argument that you might be able to goose your ROI by a few percentage points with a tremolo groove that gets more and more vicious with each repetition. But to hack its balls off by cutting the tempo to anything less than 180 [beats per minute] would be ludicrous from a cost-benefit perspective.” According to reports, the board later voted to sell off 200,000 units of stock to finance a chest-exploding, Trujillo-driven bass harmony. 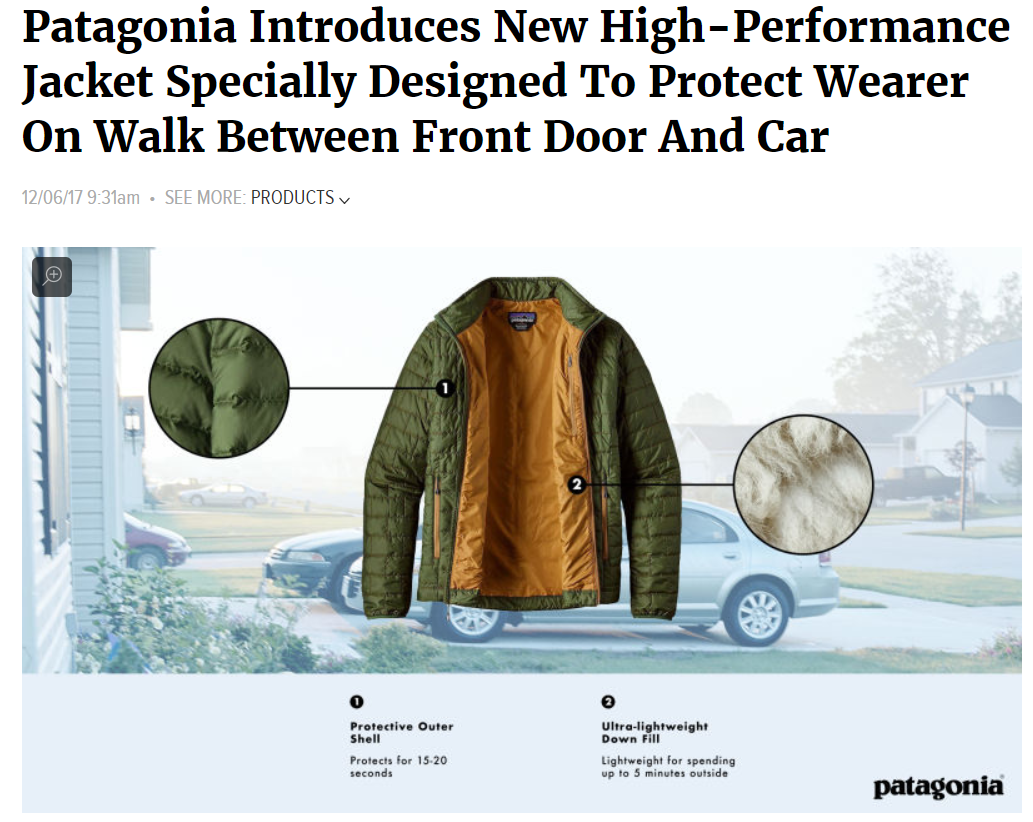 WASHINGTON—Offering a stark and sobering assessment of the consequences of a military conflict with the nuclear-armed nation, the Central Intelligence Agency confirmed Wednesday that North Korea now possesses missile technology capable of reaching Sam Waterston’s house. “According to an analysis of satellite images and data gathered from recent tests, it appears that the residence of longtime Law & Order actor Sam Waterston now lies within the range of North Korea’s intercontinental ballistic missiles,” said CIA spokesperson Rebecca Levin, explaining in bleak terms how the multitalented star of both screen and stage would have only 10 minutes of advance warning in the event of a launched attack, likely making it impossible for the Academy Award nominee to safely flee any direct strike on his property. “While we have a high degree of confidence in our country’s anti-ballistic missile defense system, there remains a possibility that an incoming ICBM could enter American airspace and detonate directly above Mr. Waterston. This is a distinct and terrifying prospect that I can assure you we do not take lightly.” Levin added that, while the intelligence remains as yet inconclusive, it appears that North Korea may possess multiple functional nuclear warheads, leaving open the dire possibility of a simultaneous strike on Waterston’s primary residence, vacation home, and sailboat. 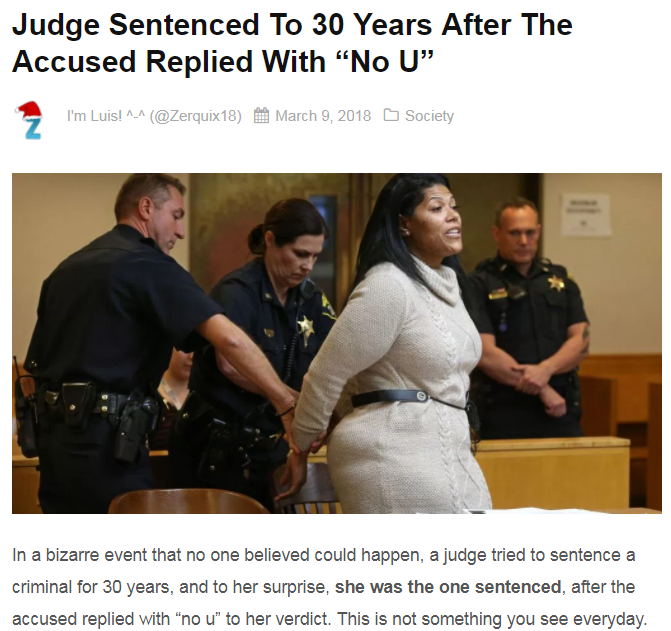 JERUSALEM—Saying they were pretty hard to miss during her two-week visit to Israel, teenager Sarah Caplan told reporters Monday that she hadn’t expected to see so many dead Palestinians on her Birthright trip. “My friend Kate who came over last year said she noticed a couple, but this is way more dead Palestinians than I ever imagined,” said Caplan, who explained that her tour group was prepared to see a few scattered bodies while driving around the country, but were completely caught off guard when they stumbled on entire groups of dead Palestinians near the Gaza border. “It was cool to see the Western Wall, and we all got to ride camels in the desert, but we still saw a couple bodies there, too. At first you think it’s just this one-time thing and you don’t worry about it, but pretty soon, you realize they are kind of everywhere. They didn’t really mention anything about this during the orientation.” Caplan was also surprised that there were so many people her age in the Israeli Defense Forces killing Palestinians.

ATLANTA—Calling on Americans to misinterpret absolutely everything the martyred activist stood for, the family of Martin Luther King Jr. urged the nation Wednesday to spend the 50th anniversary of his death twisting the civil rights icon’s words to advance their own individual agendas. “It is my sincerest hope that Americans will take time on this somber day to reflect on how my father’s message can be manipulated to lend credence to their specific political viewpoints,” said son Dexter Scott King, who observed that people taking Dr. King’s remarks out of context in order to prop up an argument about a given current event is exactly what the late Baptist minister and Nobel Peace Prize laureate would have wanted. “Whether you are liberal or conservative, Democrat or Republican, it would mean the world to us if you could exploit my father’s memory as a means to put your opponents in their place. All we ask is that you post a meme with his photo and something he said—or, for that matter, didn’t say—to justify your beliefs.” King added that should any companies feel compelled to pervert the legacy of his father to further their corporate interests, that would be even better.

MORRISTOWN, NJ—In an innovative, tradition-defying rethinking of one of the greatest comedies in the English language, Morristown Community Players director Kevin Hiles announced Monday his bold intention to set his theater's production of William Shakespeare's The Merchant of Venice in 16th-century Venice.
"I know when most people hear The Merchant Of Venice, they think 1960s Las Vegas, a high-powered Manhattan stock brokerage, or an 18th-century Georgia slave plantation, but I think it's high time to shake things up a bit," Hiles said. "The great thing about Shakespeare is that the themes in his plays are so universal that they can be adapted to just about any time and place."
...
https://entertainmen...SocialMarketing 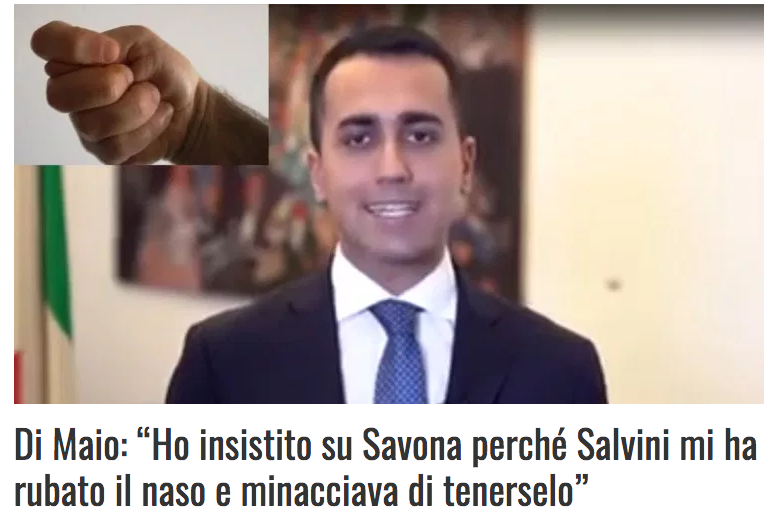